The trees are turning yellow and ocher, the umbrellas are out, the first cold snips are being felt and…
Little pink ribbons are peeking out from lapels. Without a doubt, it’s Pink October. Have you heard of Pink October but are not sure what it is? Let’s focus on this advocacy campaign against  breast cancer.

Pink October: what is it?

Started in the United States, Pink October is an information and advocacy campaign that arrived in France in 1994. Represented by a pink ribbon similar the red one that symbolizes the fight against AIDS, Pink October aims to fight and to inform about breast cancer. This international campaign takes place every year and helps to support people affected by breast cancer, to inform the public about it, and to raise funds for research on the cause, treatment, and cure of breast cancer.

Pink October: an information and advocacy campaign against breast cancer

Did you know that one in eight women is at risk of developing breast cancer? These figures are alarmingly real, especially when we know that breast cancer can also affect men, in 1% of cases. Each year, 54,000 new cases of breast cancer are detected, and 12,000 women die from it. Pink October is an initiative planned to raise awareness about early breast cancer screening, which can detect half of breast cancer cases. When detected at an early stage, treatment outcomes are better. Experts estimate survival in these cases at 99% after 5 years.

Initiatives organized in France this October

The month of October, dedicated to the fight against breast cancer, is punctuated by many events. From October 1st to 31st, the Pink October awareness campaign is broadcast throughout France and announces its programming on social networks or via posters in town:

You now know what Pink October is and what is planned for the year 2020. Do you want to support the fight against breast cancer? It’s possible to participate in donation campaigns like those on the website of the Ruban Rose association . The donations collected will support research on cancer, reconstructive surgery, psychological support or improving patients’ quality of life.

Dessus-Dessous began in 1989 as a lingerie and ready-to wear shop in downtown Lunel, France.
Every day, Dessus Dessous strives to reveal the best of women. With a growing expertise and passion, we guide you in the choice of your lingerie while being faithful to our values of excellence, proximity and audacity.

For almost 30 years, Dessus Dessous has been specialized in the world of corsetry. Basket bra, triangle or shell, cup size, suspender belt, removable suspenders… Lingerie has no secrets for us! 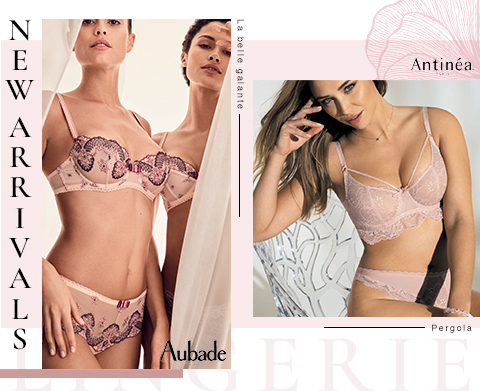